Cornet Obolensky is one of the world’s top show-jumping stallions, having already produced more than 60 approved stallions and more than 100 horses jumping at 1.60m and above.  Among his most famous offspring are Clooney 51, winner of the 2019 European Championships gold individual medal with Switzerland’s Marcus Fuchs, Cornet d’Amour Cornado NRW, Comme Il Faut and Corbinian

At the European championships held in Rotterdam in August 2019,  he sired the individual gold medal winner Clooney 51, and the 7th placed individually, Comme Il Faut.  In 2016, at the World Cup Final he sired three of the top placed four horses, the winner, Corbinian, ridden by Steve Guerdat, the third placed Cornet D’Amour and the fourth placed Cornado NRW.  Cornet d’Amour won the World Cup final in Lyon in 2014, won team silver at the European Championships in 2015, and was sixth overall at the World Equestrian Games in 2014.  He was also a member of the German Olympic team in Hong Kong

He is the sire of federal champions, world champions and grand prix winners, and his bloodlines are some of the most sought-after in the world, with one of his grandsons, by Comme Il Faut, selling for £62,000 at the Bolesworth elite foal auction in 2017, and one of his fillies realising £28,000 on the same evening 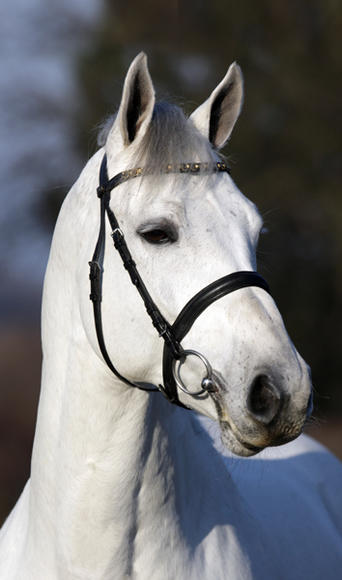 Cornet’s good looks, temperament and outstanding technique and scope, passed on to his offspring, have seen him counted amongst the best stallions in the world for heritability and reliability.  His sire, Clinton, is also one of the world’s elite jumpers, fourth individually at the 2004 Athens Olympic Games, and included on the fifth placed Belgian team at the European Championships is 2005.  In total Clinton has produced more than 70 grand prix horses and over 60 licenced sons

On his dam line, the dam’s sire, Heartbreaker, is present in many top bloodlines, and was a successful World Cup horse.  He, in turn, is by the Dutch trademark stallion Nimmerdor, a stallion seen in so many top class jumping horse pedigrees.  Cornet Obolensky’s dam, Rabanna van Costersveld, was a Grade A show jumper in Great Britain and the granddam, Holiva van Costersveld, was a successful advanced level jumper who produced international show jumpers

Shopping Basket
By continuing to browse the site you are agreeing to our use of cookies.